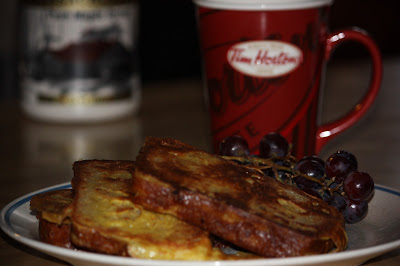 One of the things I love about living in New England are the changes in the seasons and the new activities that come and go with each passing month. We had a really good winter this year (if you like snow that is) as western Massachusetts experienced a lot of snow. It was almost like being home, without the strong winds and five foot high drifts. After getting in a my share of pond hockey, cross-country skiing and snowshoeing a new activity is on the horizon. With day time temperatures now climbing above freezing and with cold nights late February and early-mid March are prime maple sugar making season, also referred to as sugaring. I'm fortunate enough to have a father-in-law who has activities that keep the family very active, including making our own maple syrup in his very own sugar shack. Last weekend we trudged up and down the hills through the deep snow tapping the sugar maples and repairing the lines so that the buckets at the bottom of the hills can fill with sap. This coming weekend there will likely be enough collected to start boiling the sap down to syrup. It will take a lot of time and lots of firewood (and maybe a few cold beverages will also be sacrificed) but in the end the family will be rewarded with anywhere between 15-25 gallons of amber gold, aka maple syrup. Once you start eating the real stuff you can never go back to the fake flavored variety. 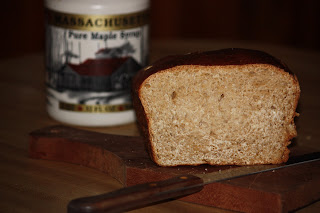 With this weekend just around the corner I thought I'd post a recipe for some french toast (so simple) made with homemade maple-oatmeal bread and served of course with real Massachusetts maple syrup. The last recipe I used to make maple-oatmeal bread is not my own, as I found it on the King Arthur Flour website (please note that I did not add the maple sugar or maple extract). While I plan on making some changes to it to put a personnel spin on it, I haven't had a chance to do it yet. It is a good bread recipe and there are many others on the Internet. If you are like me and love homemade bread, notably molasses (lassy) bread or raisin bread then you will absolutely fall in love with maple-oatmeal bread. This bread is soft and aromatic with a hint of maple and cinnamon and the goodness of oats. I love it so much I can't have it around during the week, and I save it for a weekend treat.

You may make french toast any way you are used to, but what I wanted to share today was for you to try it with this maple-oatmeal bread. When used as french toast it will be the ultimate weekend breakfast. I like to cut my slices thick a dip them into a mixture of beaten eggs (mixed with a drop of milk or cream). Sometimes I add cinnamon and/or vanilla to my french toast batter but that isn't necessary here as the bread has loads of flavor. Simply fry the french toast in a little butter until browned on each side and enjoy with a hot cup of coffee, some fresh fruit and of course real maple syrup! 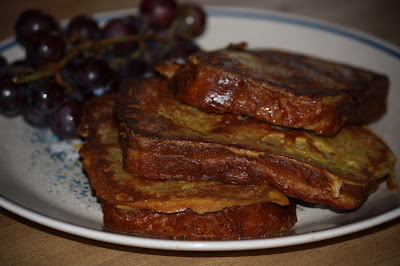