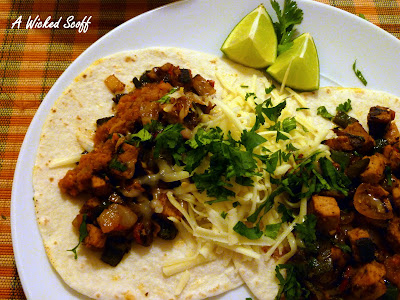 Mexican pork carnitas are traditionally made with a slowly braised pork roast. The fatty, but wonderfully tasty pork but roasts are heavily seasoned with herbs and spices and the slow cooking breaks down the meat so it becomes very tender. My adaptation for a weeknight version of pork carnitas uses leftover grilled pork tenderloin. While pork tenderloin is very lean, it is also quite tender, so it works very well in this recipe. Since it's already cooked through, all it takes to get to the final product is to cut the pork into small cubes, season well with spices, and saute over a high heat with onions and pepper. Served the traditional way in warm flour tortillas with chopped cilantro, homemade fire roasted salsa, some grated pepper jack cheese and a squeeze of fresh lime and you'll think you're in Mexico in the middle of a busy work week. Here's how I put these carnitas together. 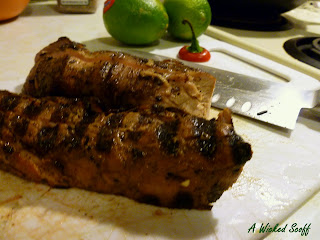 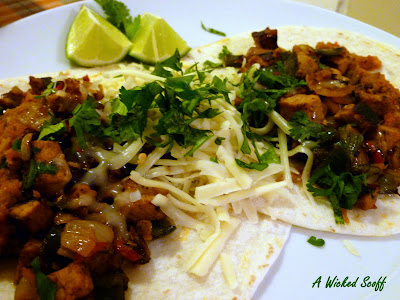 Directions: Heat the oil in a large skillet (cast iron would work great here) over a medium high heat. Add the onions and bell pepper and cook, stirring occasionally until they soften. Add the jalapeno and the diced pork and toss with the vegetables in the oil and begin to brown the meat. Once the meat begins to pick up some color add a few god shakes of the spices (or use about a tablespoon of southwestern seasoning). Toss or stir the pork and vegetables well so that the mixture is well coated with the seasoning. Continue to cook until the onion and peppers have caramelized and the pork has browned. At the end add the lime juice, zest, cilantro and season with a little salt to taste. 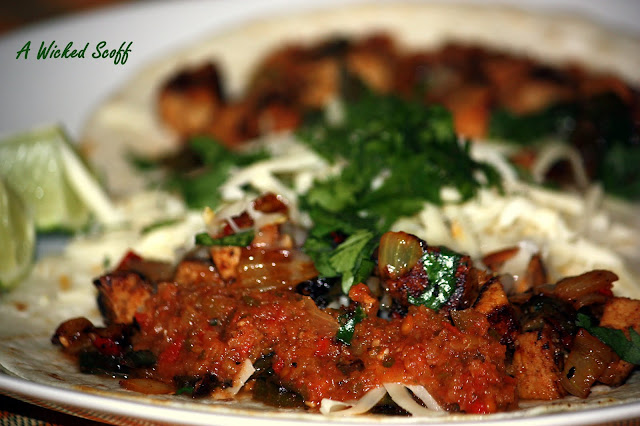