In Cod We Trust 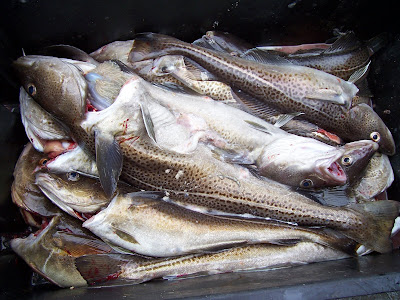 My recent trip to Newfoundland was really spectacular. From sea kayaking in Trinity Bay, hiking many miles of the East Coast Trail (http://www.eastcoasttrail.com/), a boat tour (and a Dildo Island boat tour at that....thanks Gerald and Dennis), a winery tour (http://www.rodrigueswinery.com), live Irish music, a garden party, touring the Cape Shore including Cape St. Mary's, camping at La Manche park, cod fishing, dining out at Bacalou (2 impressive meals), and spending quality time with family and friends...I really was able to do it all. When people have since asked me if I did get to do all that I wanted, I jokingly say I didn't eat enough fish and chips. On second thought, that's no joke...I didn't eat enough fish and chips!

While my waistline is probably thanking me, I was limited to only a single "feed" of fish and chips...and what a meal it was! While I had plans to get fish and chips in St. John's, and also possibly on the southern shore, I knew my first choice had to be my old stompin grounds out around the bay in my hometown of Green's Harbour. Until recently, this restaurant/take-out was known as Taylor's (and probably always will be in my mind) but has since been sold and renamed to "CJ's". It's good to know however that they still have the same cook behind the closed door, dishing out what I could tell were the same recipes, although I did find that the fish batter had improved, as it was a little thinner and lighter. This place really has the best chips, dressing and gravy I've ever had, and their fried chicken is also outstanding. It's 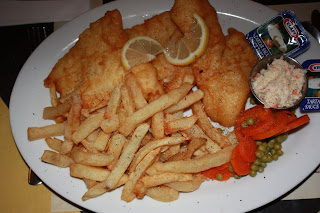 better than Mary Brown's and that's saying something (my sister gave me once of her wings and it was better than I rememmbred). On this occasion however I needed to have the deep fried cod, and the 3 piece dinner at that, with dressing and gravy. Served with a tasty creamy coleslaw, and some peas and carrots, and tarter sauce, it was a meal fit for a bayman prince. The cod was super fresh and the batter was crispy. I don't usually order 3 pieces of fish but I inhaled this meal and had room for more (even on top of the wing and two glasses of Black Horse beer). It's really too bad I can't find deep fried fish like this here in New York and New England. I'm going to have to start making it for myself as a treat once a month!

Besides the deep fried 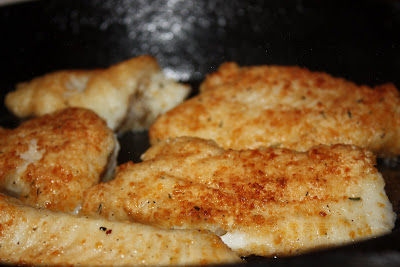 cod, I did have cod more than once while I was home. The best of the bunch had to be the pan fried cod I cooked on the second last day of my trip, using cod my wife, father-in-law and myself caught that afternoon, on the first day of the food fishery. For appetizers we had succulent cod tongues and cheeks with a lemon/malt vinegar tarter sauce, and for the main meal we feasted on morsels of pan fried cod, oven baked fries, peas, gravy, and fresh corn. There really is nothing like eating extremely fresh fish, cooked the day it comes out of the water. For my money, cod is king when it comes to my favorite type of fish to cook and eat.

I am still excited for having the opportunity to get out on the water, and catch cod this summer. It really is a shame that Newfoundlanders only get a couple weeks a year to get out and do the same, to put food on their tables, in their freezers, and in their bellies, when the inshore cod fishery and hand lining is such an intrinsic part of our culture, our heritage and way of life. While I don't know if there will ever be any more than this for our "food fishery" at least we have it. It could be worse I suppose. 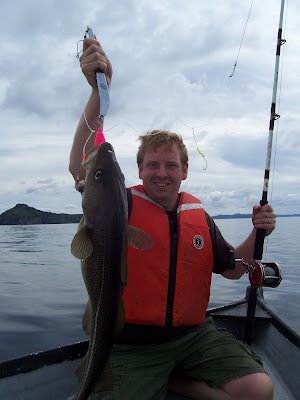